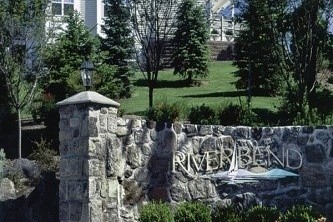 As part of this community, The Riverbend Luxury Residences were developed on a 30-acre site previously occupied by the Franciscan Sisters of Peekskill which contains sixteen 3-story residential buildings, one 2-story clubhouse and one 4-story apartment building. This residential apartment development consists of approximately 242 units, associated driveways, parking and infrastructure.

The many services Tectonic provided throughout the construction of this project included: 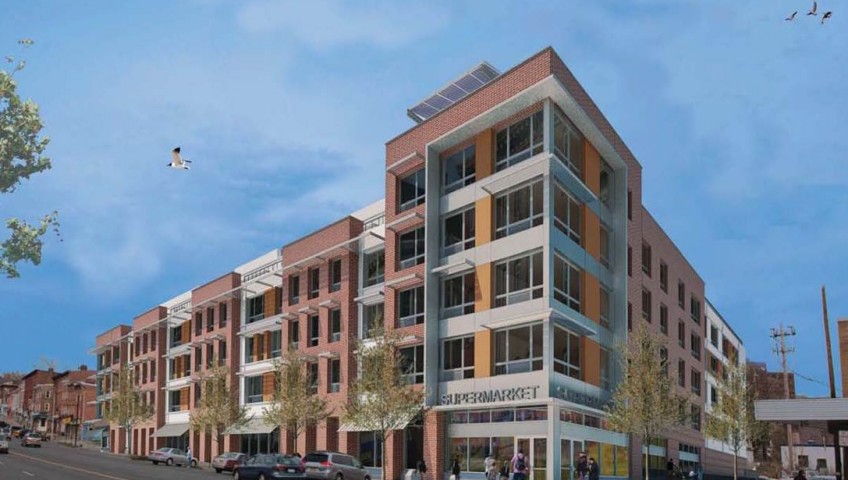 The Newburgh Mid-Broadway Mixed Use project involved the redevelopment of an affordable residential 91-unit housing development on a 1.96-acre portion of a city block in Newburgh, NY. This housing unit is a mix of 1, 2, and 3 bedroom configurations with on-site amenities that includes a playground, 155 parking spaces, and a supermarket to serve the complex.

This project will provide affordable housing for families with incomes in the range of 35 to 85 percent of the County’s area median income. 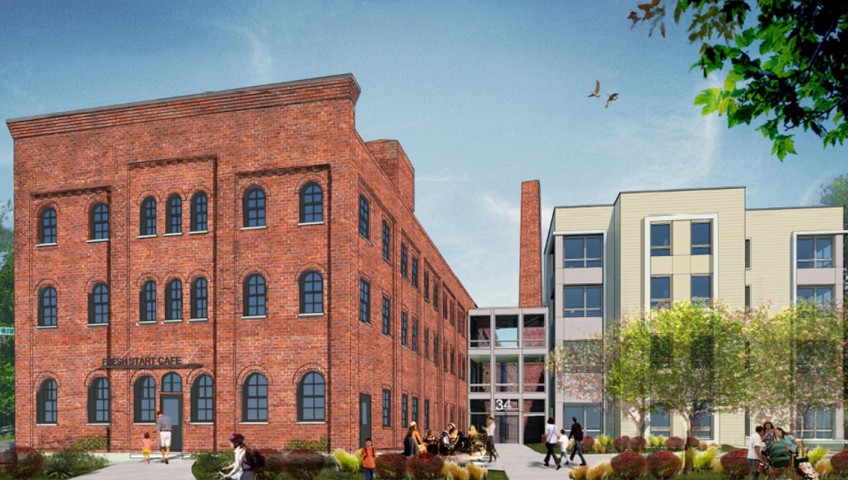 The Mill at Middletown

The Mill at Middletown is an adaptive reuse of a historic 3-story mill building into a 27-unit affordable rental apartment building with 1,300 square feet of commercial space on the ground floor including the Fresh Start Cafe, a culinary arts job training program. A one-story brick annex building will be reused as a 1,200 square foot community space. A 4-story, 15-unit, new construction building extension brings the total number of units to 42.

Tectonic provided services to redesign the parking lot, public spaces, and stormwater management system. Retaining walls were dramatically lowered or eliminated, earthwork was reduced, accessibility and circulation were improved, infrastructure was scaled back, and landscaping was increased. Services also included:

Tectonic worked with the development team to transform a municipal approval set of drawings into a construction-ready, value-engineered solution to accommodate the project architect’s ultimate vision for the project. 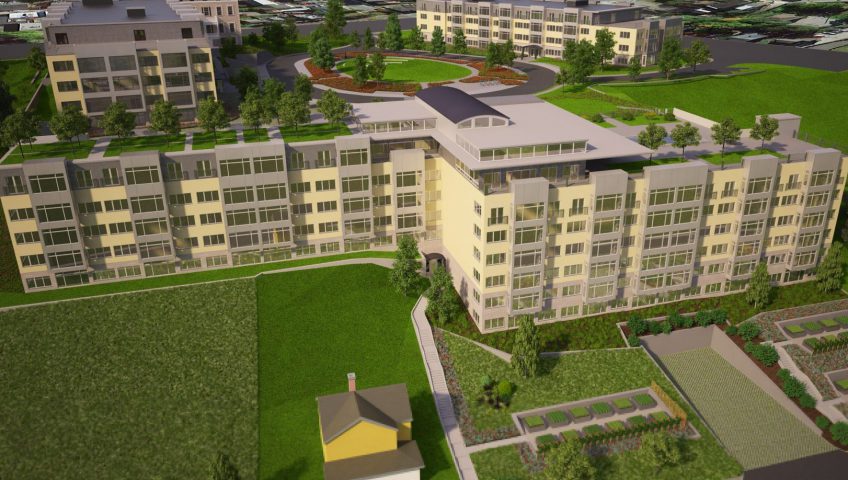 This project was designed to transition between the single-family residences, which are adjacent to high-density housing and commercial uses, to provide public enhancements such as footpaths, utility infrastructure, mass transit links and an automated parking garage. The units were arranged to emphasize river views, community design and to facilitate unique circulation patterns that permits parking beneath two of the buildings, thereby maximizing the development potential of the site. 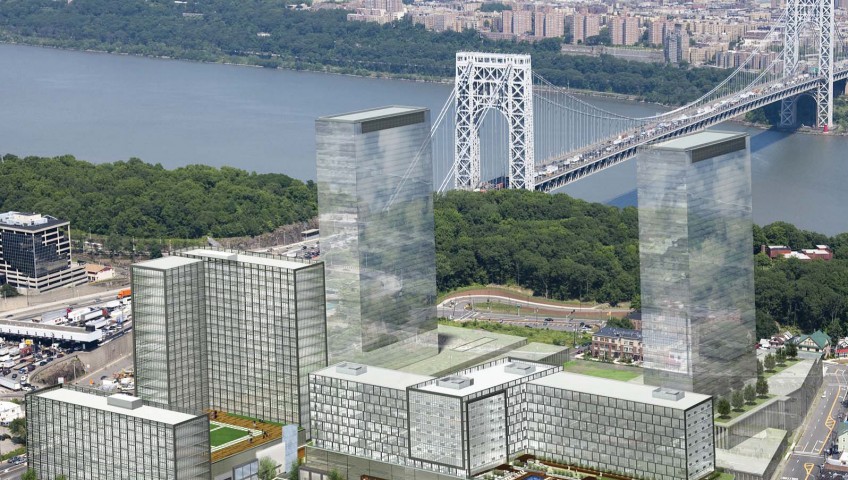 Tectonic performed Phase I services on Hudson Lights, a mixed-use development project, for leading architect and designer, Arquitectonica. This 15-story residential building, built by Tucker Development, will include residential units, retail and office spaces, restaurants, parking, and hotel on an 8-acre portion of a 16-acre lot, as part of a two phase construction project.

Tectonic performed surveying services for the first phase which included as-builts of the floors, ceilings, and slab edges of the newly constructed concrete decks. Surveys were performed after a concern of deformation of the concrete slabs after release of support. Plans were provided that showed the flatness of the floors and ceiling, and the deformation of the slab between column lines and at the edge of the cantilevered sections. Tectonic utilized its High-Definition Laser Scanner to maximize the detail gathered.

The Hudson Lights project, conveniently located near the George Washington Bridge, offers access to five major highways, and is expected to help transform downtown Fort Lee while providing luxury retailers and renters with an easy commute to New York City. 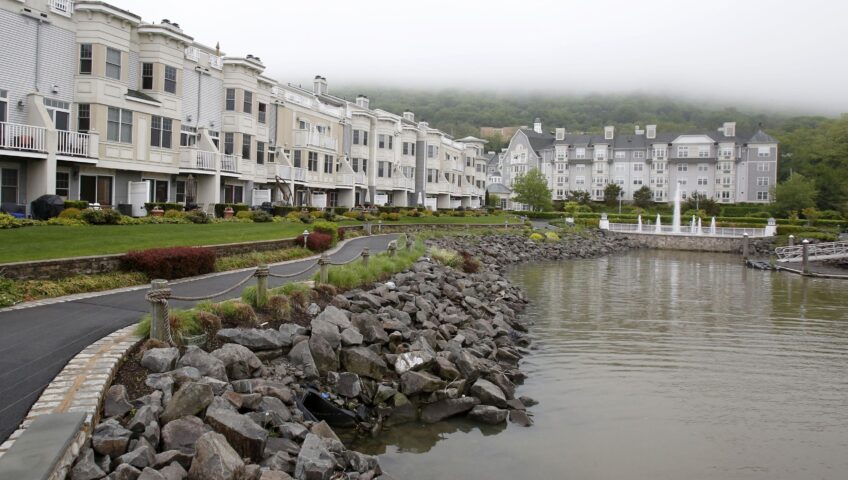 The Harbors is part of a larger waterfront redevelopment that provides multi-family housing with a connection to the Metro-North commuter rail via Ferry. Future phases will connect a 1.5-mile riverfront promenade to Haverstraw’s Main Street area. The residential community includes two pools, a fitness center, basketball court and clubhouse.